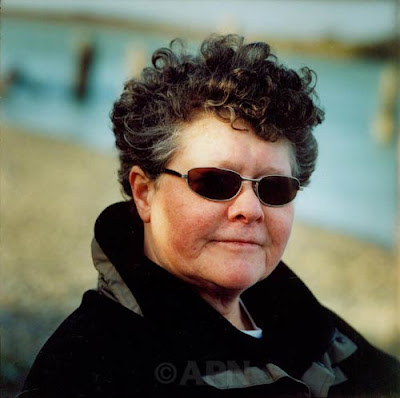 from Fisher in an Autumn Tide

Born in Christchurch, Keri Hulme was educated at North Brighton Primary and Aranui High Schools. She chose to work in the Motueka tobacco fields instead of entering University, and subsequently tried a number of different occupations while writing her first stories and poems.

In 1985, while she was writer in residence at the University of Canterbury, her novel the bone people won the Booker Prize, an event which catapulted her to world fame.

She now lives, works, paints (and catches whitebait) in the tiny South Westland settlement of Okarito. Her most recent published work is Stonefish (2004).